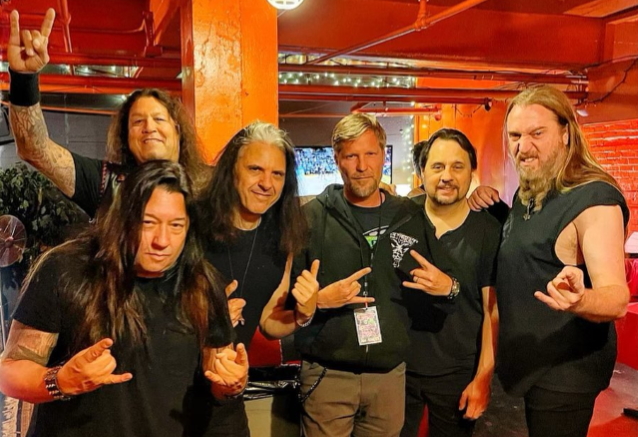 Earlier today, TESTAMENT shared a photo of the entire band with Keller, apparently taken backstage at the venue, and included the following caption: “Thank you to the mayor of Albuquerque Tim Keller @mayorkeller for coming to our show last night! We love meeting members of our thrash metal family! #metalheads #testament #testamentlegions #thebaystrikesback”.

Born and raised in Albuquerque, Keller is well-known as a fan of heavy metal music and has often attended shows in the city. He has also introduced metal bands, including ANTHRAX and TRIVIUM, onstage.

“Albuquerque has always been pretty strong on the heavy metal front,” Keller told The New York Times four years ago. “What can I say, this is something I’ve been into for a long time.”

Keller told the Albuquerque Journal that his favorite heavy metal group is the Brazilian band SEPULTURA. “They are awesome,” he said. “It’s the music of empowerment.”

Keller frequently sports heavy metal merchandise in public. Back in November 2020, he donned a MACHINE HEAD hooded sweatshirt when he cast his ballot in the U.S. presidential election. Two years earlier, he wore a PANTERA Christmas sweater for a signing of a bill granting family paid parental leave to city employees. The legislation made Albuquerque the first city in New Mexico to extend paid parental leave benefits to its municipal workforce.

Keller, a Democrat, took over as mayor of New Mexico’s largest city in December 2017. He replaced two-term mayor Richard Berry, who did not seek re-election.

Keller was elected to a second four-year term last November. He pulled off the win with nearly 60% of the vote.

Keller and his wife, Liz, have two young children.

TESTAMENT, EXODUS and DEATH ANGEL kicked off the 2022 edition of “The Bay Strikes Back Tour” on April 9 at the Fremont Theater in San Luis Obispo, California. The show marked TESTAMENT‘s first appearance with drummer Dave Lombardo since he rejoined the group earlier this year.

Thank you to the mayor of Albuquerque Tim Keller @mayorkeller for coming to our show last night! ? We love meeting members of our thrash metal family! #metalheads #testament #testamentlegions #thebaystrikesback 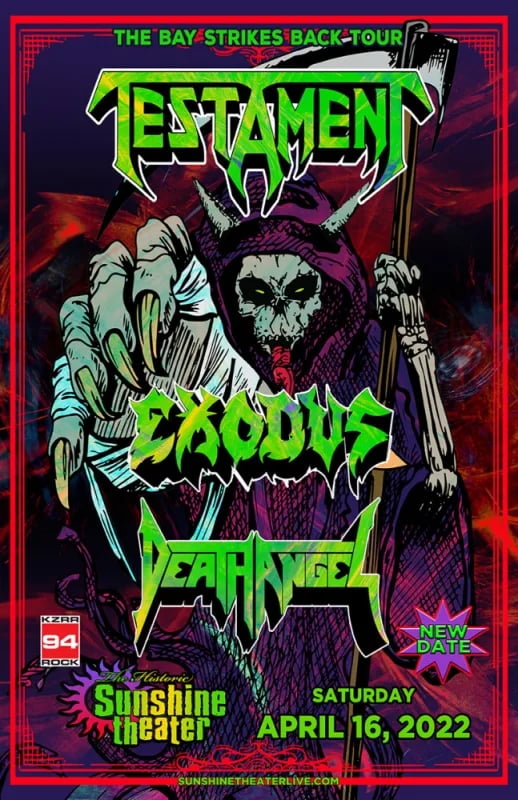 DEE SNIDER Says He Confuses People With His Political Views: 'I Take Positions On Both Sides'

April 17, 2022 In a recent interview with Meltdown of Detroit's WRIF radio station, TWISTED SISTER frontman Dee Snider was asked to name the biggest misconception about him. He said (as transcribed by BLABBERMOUTH.NET): "That I am either extremely left or extremely right. I'm both hailed and reviled by both sides [of the political spectrum] because I take positions on both sides, 'cause I'm a centrist. And so, as a result, you will find web sites where people are just […]